Before the 2010s, stopping for a patio beer or ice cream while strolling through Canadian cities was tough for dog owners

Unlike metropolitan cities like New York, Tokyo, Paris, and London, where well-known pubs, cafes, bakeries, and eateries often allow dogs to join their owners inside, most provincial governments in Canada have kept local businesses on tight leashes, even when it comes to allowing dogs on patios, let alone inside eating establishments.

Opening up to doggos

Fortunately, though, in the past 10 years, a widespread shift has been taking place, where more and more Canadian provinces are following the leads of countries like France and the USA, loosening regulations on pups joining their owners for a patio beer, or even low-risk foods inside a brewery.

You’ll learn everything you need to know about dog friendly patios in Canada, including:

(1) the status of dog friendly patios in Canada

(3) And a short checklist of items to remember when bringing your dog to an outdoor patio.

And some extra information... 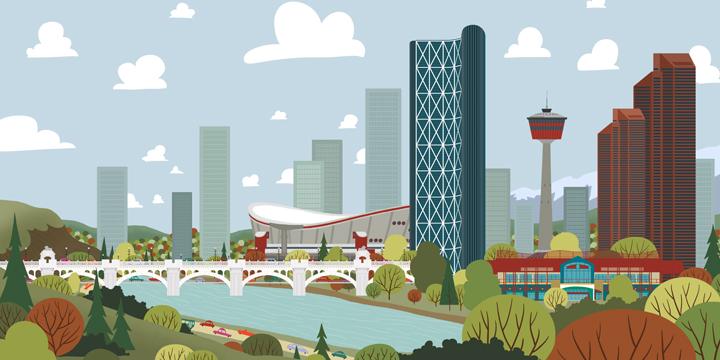 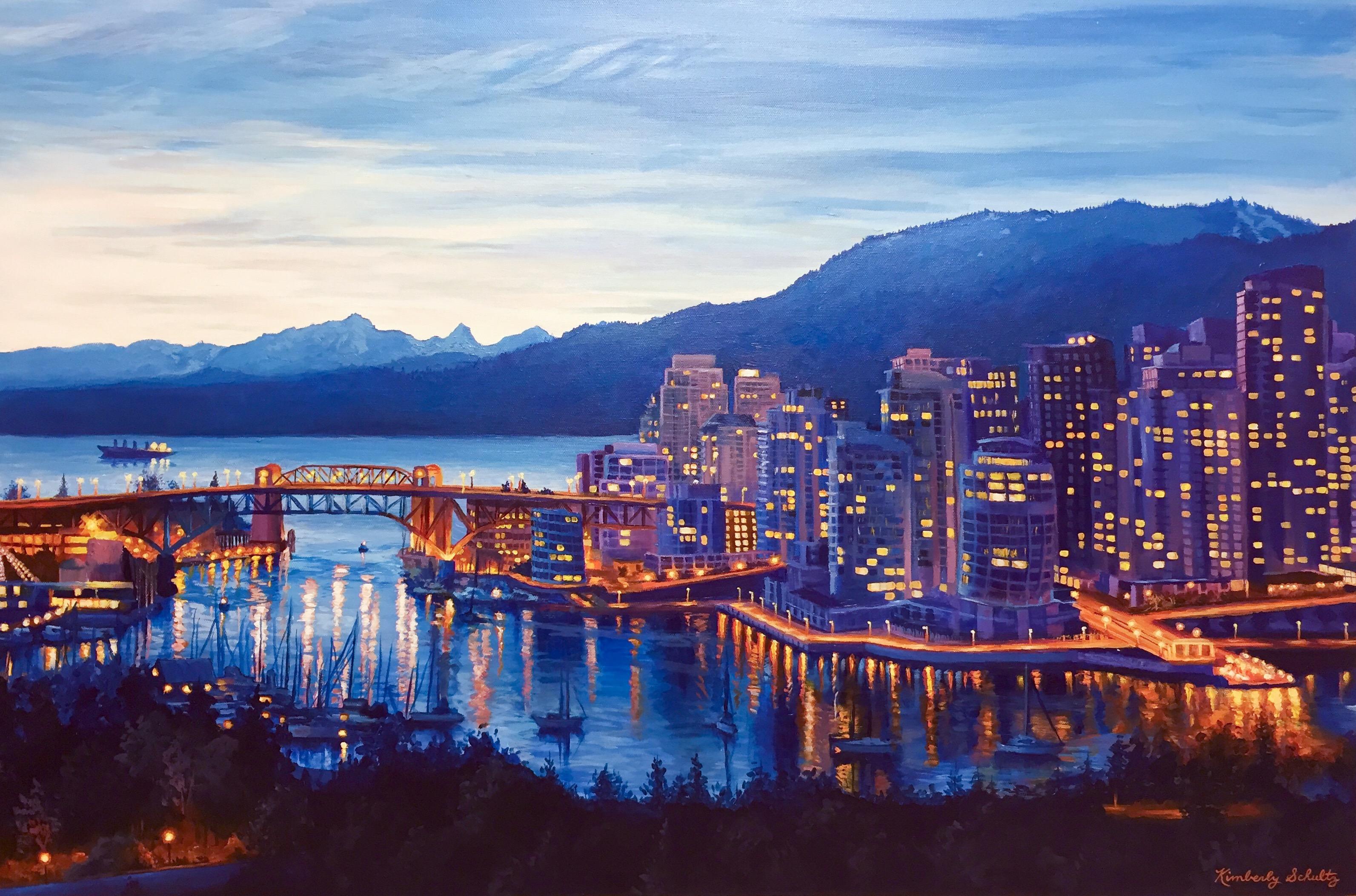 The History of Dog Friendly Patios In Canada

Before 2012, dog friendly patios in Canada technically weren't allowed (apart from service animals), so dog owning restaurant-goers had to hitch their doggos to nearby fence posts and railings, outside of the restaurant's premises.

Changing of the times

In recent years, thankfully that trend is starting to get bucked. It’s probably a mix of cultural forces such as: (a) the fact that many younger folks are welcoming dogs into their families at unforeseen rates, and (b) major cities around the world have noticed that dog friendliness can help restaurants and breweries attract more customers.

A welcome shift in provincial regulations

Right now, the rules are set on a provincial basis.

At the moment, Ontario, Alberta, and Nova Scotia are among the provinces which allow dog friendly patios, while provinces such as British Columbia haven’t formally changed their laws yet.

Fortunately, it seems like the trends are shifting quickly, so it’s only a matter of time before nearly all provinces allow dog friendly patios.

Helping to lead the way for dog friendly patios, Alberta’s first permitted a dog friendly restaurant in 2012, and the number of restaurants which permit dogs have skyrocketed since 2017.

As a (now defunct) Stampede favorite, Ranchman’s was among the first dog friendly establishments in Alberta, gaining special permission from Alberta Health Services (AHS) in 2012 to welcome dogs. However, the seismic shift in Alberta restaurants’ dog friendliness didn’t happen until about 2017, when Calgary’s Vin Room (a longtime supporter of animal institutions like the Calgary Humane Society) simply asked Alberta Health Services what they needed to do to make their patios dog friendly.

In Alberta, the forward-thinking legislation has allowed numerous restaurants and microbreweries not only to welcome dogs to their patios (only needing an additional pet friendly license at no extra cost, in addition to their restaurant license), but – if establishments like microbreweries only serve low-risk foods – dogs can join inside with their owners as well!

Before 2019, Ontario was among the Canadian provinces which hadn’t yet formally allowed dogs to join their owners on patios.

After the Better for People, Smarter for Business Act of 2019, with the permission of the restaurant’s owners, dogs are allowed in outdoor seating areas, like restaurant patios, and they’re allowed in indoor eating areas, where alcohol and certain low-risk foods (like fries or pre-packaged foods) are served.

So far, the reception has been quite positive from restaurant owners, who are happy to have new advertising angles (billing themselves as dog friendly restaurants), and can more easily welcome dog owning customers.

In the spring of 2021, Nova Scotia joined the fleet of provinces, de-regulating their restaurant industries by allowing dog friendly patios. Seeking opportunities to help restaurants at a time when they’ve been battered every which way by the pandemic, premier Iain Rankin said, “we've listened to the restaurant industry. They told us this change will help them attract more dog owners who want to enjoy a leisurely meal or a beverage and be able to do so without having to leave their dogs at home.”

According to an article released by the CBC, it all started with the owners of a Dartmouth taproom, who launched a petition in 2019, urging the province to make Nova Scotia more pet friendly. Slowly gaining steam, the petition contributed to this win for both dog owning patio goers, and restaurant owners.

Interestingly, according to Gordon Stewart, formerly the executive director of Nova Scotia’s Restaurant Association, “research shows that restaurants that allow dogs see a 5% increase in sales. Many dog owners are more likely to linger on their favourite patio, and order food or another beverage, if their dog can stay with them."

Probably, an increasing number of provinces will follow the lead of Nova Scotia, Ontario, and Alberta, allowing their restaurants to make their own choices in allowing pet friendly patios.

To skirt the provincial laws, most “dog-friendly” patios in British Columbia are restaurants that have spacious patios where you can tie your dog “nearby” the patio, but not technically on the restaurant’s patio premises.

For most dog owners and restaurant owners, although this workaround (that is, tying your dog up to the outskirts of the restaurant’s patio) works, they’re not quite satisfied. That’s why, for example, a Change.org petition was released in 2021, calling for amendments to the British Columbia Public Health Act, to follow the lead of other dog friendly patio provinces.

How to Train Your Dog to Enjoy Dog Friendly Patios

Once you’ve scoped out a few dog friendly patios, where you can take your dog, your next step is to make sure your dog can confidently and comfortably enjoy the sunshine with your friends.

Fortunately, with an easy, step-by-step training guide to introduce your dog to patios, you don’t have to leap towards the final step of taking your dog to a busy patio right away.

In fact, provincial health officials and restaurant owners mainly want to know that you’re in control of your dog’s effect on the patio’s:

(2) safety (that your dog won’t bite other patrons)

(3) And environment (that your dog won’t disrupt others’ dining experiences with barking or accidents), you’ll be just fine.

Using this step-by-step guide, you can help ensure that your dog is ready for a heap of dog friendly patio experiences this coming spring, summer, and fall.

Each time you at a meal, no matter how much your dog begs you to show some hamburger sauce with you, encourage your dog to sit on his or her bed.

Your goal is to steadily train your dog to take some rest and lay down, each time you eat. In fact, it’s a great practice to get started with, even if you might not visit a dog friendly patio!

For instance, with plenty of guests around for a holiday dinner, your dog can eventually learn to simply lay on his bed when everyone’s chowing down.

Once your dog is a pro at knowing to lay down, anytime you’re eating food, then try challenging your dog’s concentration.

For example, you can eat on the porch, asking your dog to lay down, even while dragonflies are buzzing about, squirrels are finding nuts, and other dogs pass by.

Also, you can challenge your dog’s concentration by adding more guests indoors or outdoors. With a few friends at your place, does your dog still lay down while you all eat? Keep practicing until your dog’s extremely comfortable and content, while your group eats and chats.

Next, you can practice taking your dog to real-world patios, starting with non-busy times with just you and your dog.

For instance, you can stop by a local coffee shop during your next dog walk, and sit down outside the cafe, with your dog at your side. Try to practice those habits you’d practiced at home, so your dog is calm and confident, while you finish sipping on your afternoon coffee.

Finally, once your dog’s had plenty of practice at home and during non-peak times at patios, try allowing your dog to tag along the next time you’ve got a patio date scheduled.

Once you’re ready for the real deal, use this simple checklist below, and you’ll be set to go.

Before arriving at the patio,

While enjoying the patio with your dog,

Wrapping Up this Segment on Dog Friendly Patios

Fortunately, Canadian culture has been steadily shifting in favor of dog friendly patios, across all provinces.

Particularly in provinces like Alberta, Ontario, and Nova Scotia, there’s been a welcome boom of restaurants that welcome dogs either outside, or even inside their establishments. Other provinces like British Columbia are a bit behind the mark, but seem to be moving in the same direction, albeit a bit more slowly.

Once you’ve found patios where you can bring your dog along, try training your dog (if necessary) to feel comfortable at patios by slowly introducing him or her to calmly laying down, while your friends and you eat food inside and outside.

Thanks for joining in on this segment to learn more about dog friendly patios across Canada!